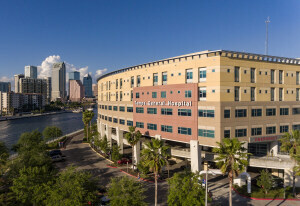 Tampa General Hospital has finalized its full ownership of Tower Radiology, a 30-year-old practice with 21 locations. The hospital had a 50% ownership in Tower prior to completion of this latest deal, announced on January 6.

“Having sole ownership of Tower Radiology will enable Tampa General to expand its network to provide an even higher level of coordinated, world-class care,” Tampa General Hospital CEO and president John Couris said in a statement.

The move grows one of the nation's largest hospitals' outpatient imaging footprint statewide to 83 locations. Tower is the region's biggest physician-owned and operated radiology practice, with imaging centers in Hillsborough, Pasco, Pinellas and Palm Beach counties, according to a hospital statement.

"The full ownership of Tower Radiology will have a significant impact on our ability at Tampa General to increase access, maximize efficiency, drive down cost, and enhance quality, while passing that value on to the healthcare consumer," noted Adam Smith, executive vice president of ambulatory services for Tampa General. The move also lets the hospital expand to “an enterprise-wide imaging platform that allows for more coordinated patient care,” he added.

Tampa General also made news last week when it announced that, starting January 1, it had officially launched USF Tampa General Physicians (USFTGP), an organization that provides a unified management and support structure for physicians of both USF Health and Tampa General Medical Group.

“USF Tampa General Physicians represents an elevation of our already established and dynamic alliance, and will further our collaboration on key priorities and share a greater level of resources,” Couris said in a statement.

The hospital made other acquisition news in November 2021, when it acquired the USF Ambulatory Surgery Center, located in the Carol and Frank Morsani Center for Advanced Healthcare on USF’s Tampa campus.

The facility was renamed the TGH Surgery Center at Morsani.

“Acquiring this widely respected surgery center not only strengthens our partnership with USF Health Morsani College of Medicine but also greatly enhances our outpatient services,” Couris said at the time.
1(current)
2