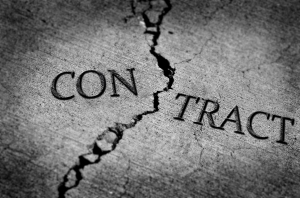 The two announced the end of their merger late Monday and said they will go their separate ways this month. The decision follows a lawsuit filed by Hoag in 2020 in which it claims that Providence did not fulfill its obligations in their population health initiative, reported Modern Healthcare.

According to the suit, Providence’s centralized governance model allegedly impeded Hoag’s ability to make decisions locally and interfered with its ability to meet the needs of local patients, according to Becker's Hospital Review. Additionally, there were cultural, financial and operational clashes that Hoag executives reported to Modern Healthcare last year.

Providence denied this and said that as a 52-hospital Catholic system, it was able to improve Hoag’s medical group, diagnostics, ambulatory surgery centers, orthopedic services and mental health offerings.

The organizations have reached a settlement but declined to comment on specifics. The separation will take place on January 31, said Erik Wexler, president of operations at Providence, in a statement. "Although we are formally parting ways, we will have other opportunities to work together on behalf of the community. We look forward to future collaborations with our colleagues at Hoag, whom we continue to hold in high regard.”

Based in California, Hoag has two hospitals in Newport Beach and Irvine and an orthopedic institute. All three accounted for 6% of Providence’s operating revenue and 17% of Providence’s unrestricted cash and investments, according to Providence’s 2021 third quarter earnings report.

The organizations established their affiliation in 2012. Under Providence, Hoag’s operating margin rose 5% from 2015 to 2019. Still, an analysis of Medicare cost reports by Modern Healthcare from 2013 to 2019 showed that most hospitals acquired by larger systems generated more revenue but did not become more efficient. This included Hoag Memorial Hospital Presbyterian and Providence.

While a small organization, the loss of Hoag is likely to cut into Providence’s operating revenue, with nearly a third of it derived from its Southern California locations, according to financial filings. Its operating margin has already narrowed over the last few years, with Providence reporting a 1.4% operating margin in 2015, a negative 1.2% margin in 2016 and a sub-1% margin through 2020.
1(current)
2