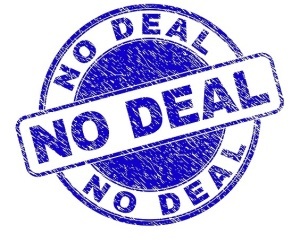 Tower Health, the current owner of the hospital, broke the news to employees in a memo on Thursday, reported The Philadelphia Inquirer last week.

Mary Wascavage, regional director for marketing and communications at Trinity Health Mid-Atlantic, did not tell HCB News why the healthcare system decided not to move forward with the deal but did say “after completing our joint due diligence process, Trinity Health Mid-Atlantic has decided not to move forward with its plan to acquire Tower Health's Chestnut Hill Hospital and urgent care centers.”

While the abandonment of the acquisition leaves some uncertainty as to what will happen to the facility, Tower does not plan to close it and will continue to explore options for a sale. It also will continue to keep its urgent care centers open, with operations in those locations and at the hospital running as they do today, according to The Philadelphia Business Journal.

In an email to HCB News, Tower says that it continues to receive inquiries and interest in the hospital and its urgent care locations, and is currently evaluating a “course of action” for the future of the facilities. “While we are disappointed the transaction will not be completed, Chestnut Hill Hospital continues to provide excellent care to patients, has a great team of physicians and staff, is doing well financially and is committed to the community it serves. So too are the Tower Health Urgent Care centers that were under consideration by Trinity."

It adds that the facilities remain focused on addressing the healthcare needs of patients in the region, including the intense surge in COVID-19 cases.

The hospital and other sites in the Tower system have been on the market since 2020. The loss of the sale is seen as another blow to Tower, which is already suffering financially from a series of bad investments it made between 2016 and 2018 to expand its reach. This includes spending more than $400 million for five money-losing community hospitals. One was Chestnut Hill Hospital, which has 148 licensed beds.

Not having access to the full costs of reviving these long-neglected hospitals, Tower management — which, prior to the sale, was a one-hospital system with just a Berks County base at Reading Hospital — realized after buying them that the repairs cost more than half a billion dollars and that $125 million would be needed for a new medical records system, reported The Philadelphia Inquirer back in April.
1(current)
2