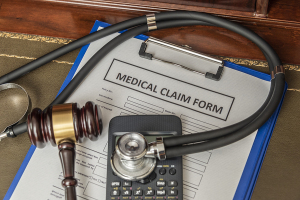 George Cansler was admitted to the Vidant Chowan Hospital ER in 2018, complaining of acute abdominal pain from what was likely a kidney stone. Providers took a CT scan. A year later, Cansler received a bill for $3,119 even after his insurance company paid $456 for the scan. The Medicare rate for a CT scan at the time was $300, but the bill from Vidant Health demanded he and his insurance company pay 11 times more, according to Modern Healthcare.

In his complaint, Cansler alleges that he was not told about the price before the scan and that Vidant executives falsely said it was a “violation of federal law” to disclose pricing to patients before care. He adds that he had no choice but to go to the hospital as there were no urgent cares near him, and that he was put in the ER because the facility did not have a more appropriate setting. He says that Vidant has monopolized the regional care market and uses surprise billing to collect unreasonable amounts from Eastern North Carolina residents for common procedures like his own.

“Surprise billing is a widely criticized, predatory practice and it is especially harmful when one hospital system is the monopoly provider in a region because patients have no alternatives for care. This complaint alleges that Vidant has abused its monopoly by sending surprise bills demanding unreasonable prices for common procedures,” said Jamie Crooks of the law firm Fairmark Partners LLP, which is representing Cansler in the case.

The complaint says that Vidant and a collection agency it uses, FirstPoint Collection Resources, routinely employ aggressive and illegal tactics to collect exorbitant surprise bills that should not be issued in the first place.

Cansler signed a consent form that did not define the term, “charges”, and didn’t amount to an agreement to pay the inflated bill he received, according to his legal team. The itemized charges were sent more than a year after the treatment. Cansler paid the minimum as he disputed the bill at the time.

Vidant sent a final notice on July 29, 2019. Cansler says he did not receive it until mid-August, which was past the mandatory 10-day payment window before it was referred to collections.

The hospital president allegedly blamed “high deductible health plans for pushing a lot of this invoice to you personally,” and said that 80% of the hospitals’ patients do not pay and that therefore, the other 20% must make up the rest, according to Modern Healthcare. "Unfortunately for residents of Eastern North Carolina, Mr. Cansler's experience is typical of patients who receive care from Vidant. Moreover, because Vidant is a regional monopolist, residents of Eastern North Carolina have no choice but to submit to its unreasonable charges and aggressive collection efforts," said the complaint.
1(current)
2
3