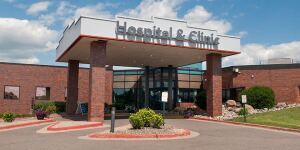 Gregory Ulrich shot and killed a medical assistant and injured four others in February 2021 at Allina Clinic.
A mass shooter who killed one person at a Minnesota health clinic last year was convicted June 2 for first-degree premeditated and attempted murder, among other charges.

Gregory Ulrich entered Allina Clinic in Buffalo on February 9, 2021 and "pulled out a handgun and began threatening clinic staff,”, according to a criminal complaint. He fatally shot medical assistant Lindsay Overbay and wounded four other employees. He also detonated two homemade bombs, according to CNN.

A jury found him guilty of all 11 counts against him. The first-degree premeditated murder charge carries a mandatory life in prison sentence without parole. Ulrich will be sentenced on June 17. “That was the only acceptable sentence, in the state's view, for the horrific crime that he committed,” said Wright County Attorney Brian Lutes.

Video and audio showed Ulrich entered the clinic with a briefcase containing a homemade bomb. He shot one victim in the abdomen and another in the upper leg. A fourth was hit in the chest, abdomen, back and arms, and a fifth was shot in the abdomen with the bullet passing out their back.

He then called 911 and said that “a bomb or two is going to go off,” according to CNN.

Police knew Ulrich and said he had a “history” of unhappiness with the clinic. His brother, Richard said he complained that it would not give him pain medication. "He just seemed obsessed with that.”

A doctor previously reported him in 2018 for making gun and bomb threats. Another video showed him ranting about being denied pain medication. "I hope everyone who's been denied oxycodone the last couple years, when the pain gets bad and you know you're going to be stuck in bed for the last few months, grab your (expletive) pistol and go down there and kill as many nurses as you can to pave the way for your children.”

Overlay left behind two children and a sister, Sara Lien, who says she will never speak or think of Ulrich again following sentencing. “Now, he is never going to be able to hurt anyone else. He’s going to be in prison for the rest of his life.”

The verdict comes just a week after a gunman shot and killed four people at Saint Francis Health System in Tulsa, Oklahoma. He was targeting a surgeon whom he blamed for pain he had following a back procedure. He later killed himself.