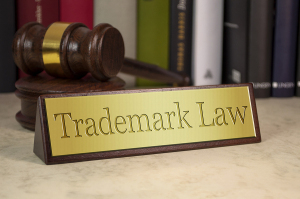 Carlos Gonzalez Jr. was convicted of forging and using falsified ARRT credential cards repeatedly in order to gain employment. His authentic certification with the association expired some 14 years beforehand. The defendant says his actions were not “unlawful,” because he was “not in competition with ARRT and did not try to pass the marks off as his own.”

Senior Judge David Doty, of the U.S. District Court in Minnesota, ordered Gonzalez to pay $36,664 for trademark infringement and $20,000 for breach of contract. He also must cover $115,800 in attorney fees and litigation costs for ARRT.

Additionally, the court forbade him from ever again reproducing, copying or imitating ARRT trademarks, service marks and certification marks. “It is not a reach to conclude that presenting a forged ARRT to prospective employers with the ARRT marks would create the false impression that he was accredited by ARRT,” wrote Doty in his report.

ARRT certifies and registers over 345,000 U.S. radiological technologists annually. Gonzalez submitted a credential card in 2018 for a job as a nuclear medicine technologist in Florida. After being convicted of stealing credit cards from patients, his employer called the group to confirm his credentials.

The association originally settled with Gonzalez, but a short time later, he again tried using forged marks, leading the group to file its current case. His actions violate the Lanham Act, a federal trademark and service mark statute. “Gonzalez admits that he falsified the credential card by using someone else’s card and replacing the individual’s identification number, name and address with his own,” wrote Doty.

ARRT won another falsified credential case in 2019 against a former technologist that it sued for $10,000. The organization’s CEO Jerry Reid says that anyone using RT or RRA as a certification mark “must be certified or registered with ARRT. Our mission is to promote high standards of patient care, and we can only do that by ensuring that people who use our credentials have in fact met our standards.”