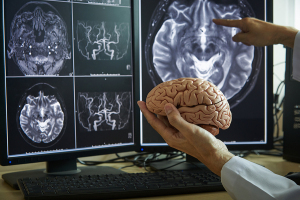 Researchers at Imperial College London identified the disease in 98% of cases, with a standard 1.5T MR scanner and machine learning technology that detected structural feature changes within the brain, including in areas not previously linked to Alzheimer’s. They also distinguished between early and late stages with fairly high accuracy, in 79% of patients.

They say the approach could enable faster diagnoses and earlier ones that allow patients to get support and treatment in advance. It also could help to understand brain changes that trigger the disease and identify participants for clinical trials for drugs and lifestyle changes, which is currently difficult to do.

Professor Eric Aboagye, from Imperial’s department of surgery and cancer, who led the research, told HCB News that current diagnoses are made with multiple memory and cognitive tests and brain scans that take weeks to arrange and then process. “This will provide a simple and accessible, yet accurate, method that will become the main tool for identifying Alzheimer’s.”

Aboagye and his colleagues tested their technique on scans from more than 400 early- and later-stage patients, as well as healthy controls and those with other neurological conditions. They also applied it to data from over 80 patients undergoing diagnostic tests for Alzheimer’s at Imperial College Healthcare NHS Trust.

They trained an algorithm designed to classify cancer tumors and allocated 660 different features, including size, shape and texture, for it to assess in 115 regions of the brain, to identify changes signifying Alzheimer’s.

Additionally, their approach detected changes in the cerebellum, which coordinates and regulates physical activity, and the ventral diencephalon, which is connected to the senses, sight and hearing. Both parts were previously not associated with the disease, opening up potential new areas of study, according to Aboagye. “There are further plans for more research together with work to obtain regulatory approval.”

The findings were published in Communications Medicine.