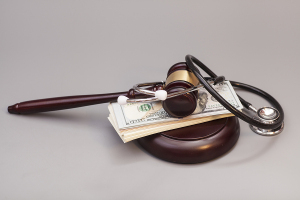 The U.S. government has accused Fresenius of defrauding Medicare and other healthcare programs with unnecessary procedures on dialysis patients.
The U.S. government is joining a lawsuit that accuses a division of kidney dialysis provider Fresenius Medical Care of billing Medicare and other healthcare programs for unnecessary procedures performed on patients with end-stage renal disease.

The condition causes the kidneys to stop functioning normally, and the person requires dialysis or kidney transplants. Between January 2012 and June 2018, Fresenius Vascular Care conducted angioplasties and fistulagrams on patients at nine New York City facilities, reported Reuters. Both involve needle insertions or injections into veins and arteries to restore blood flow.

The company performed the procedures to profit from higher reimbursements, and so the facilities could meet performance metrics, according to a civil complaint filed by the Justice Department on July 12. In addition to Medicare, it says that Fresenius defrauded Medicaid, the Federal Health Benefits Program, and TRICARE.

The Justice Department says that the company administered these procedures on elderly, low-income and disadvantaged patients.

Fresnius denies the allegations, and says it will vigorously defend itself. "Our policies are intended to result in a high standard of care and compliance with government regulations," said the company in a statement.

The Justice Department said Fresenius was aware the procedures “exposed patients to grave risks,” including over-sedation, infection, blood vessel ruptures or conditions that may require more invasive or frequent treatment.

In a statement, U.S. Attorney Breon Peace, of Brooklyn, called Fresenius' conduct "egregious” and said his office “will hold medical providers accountable for practices that needlessly expose patients to harm for financial gain at taxpayer expense.”

Under the False Claims Act, whistleblowers like Sherman and Pepe can sue on behalf of the U.S. government. They also are entitled to share in any recoveries.