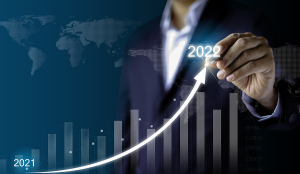 The figure is more than double the $8.5 billion racked up in Q2 2021, which had a similar number of announced deals, according to Kaufman Hall’s Quarterly Mergers and Acquisitions Report.

This suggests a long-term shift in which hospitals and health systems will experience fewer but ultimately larger mergers and acquisitions, said the authors of the report. “The 13 announced transactions in Q2 2022 were consistent with what we have seen since the pandemic began, with the number of transactions running below historical, pre-pandemic levels.”

In addition to the Advocate Aurora-Atrium deal, the other mega transaction was between MercyOne and Trinity Health. The two smaller but significant transactions involved Bellin Health System with Gundersen Health System; and George Washington University Hospital with Universal Health Services.

Partnerships with skilled nursing and long-term care organizations also rose, which the authors say signifies a new phase in healthcare where hospitals and health systems are seeking out deals that come with new services or enhance delivery of services that require specialized skills.

“A high-performing skilled nursing facility (SNF) is a critical ally for health systems, particularly those that are focused on performance in value-based care arrangements, or looking to enable earlier discharge from inpatient care to the lower-cost SNF setting, and help to reduce hospital readmissions,” they wrote.

As a result, healthcare systems are reassessing ways of providing post-acute skilled care, including via the sale or monetization of current SNF assets, partnering with specialized SNF operators, or doubling down on investments in next-generation SNFs (sometimes called super SNFs) that can accommodate higher acuity patients in more comfortable and appropriate care environments.