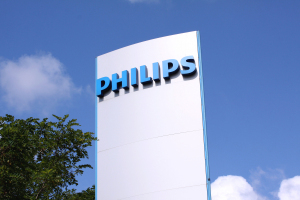 Roy Jakobs is proposed to succeed Frans van Houten as Philips president and CEO, effective October 15, 2022, the company has announced.

Van Houten stated that the move came at a “logical moment,” and that he was “happy with the outcome," according to Reuters. He had been due to depart at the end of his third term as CEO in April.

Jakobs, 48, who heads the Philips Connected Care businesses, brings “an impressive track record in driving performance improvements and value creation across a broad range of businesses — both within and outside Philips,” noted Feike Sijbesma, chairman of the supervisory board of Royal Philips. He also praised van Houten's 12-year leadership.

Van Houten, he added, “successfully led the company’s transformation from a diversified industrial conglomerate into a focused, global solutions leader in health technology.”

As part of this refocusing, van Houten spun off its lighting and consumer electronics divisions.

The announcement comes as the company has been buffeted in the wake of a “massive product recall that halved its market value over the past year,” according to Reuters.

Jakobs is overseeing that recall effort.

The news upped the company's shares 2% in the afternoon, but they remain down 60% since warnings about toxic gases from sound-damping foam used in ventilators and sleep apnea machines surfaced in June 2021.

In June, the company said that the replacement and repair effort had increased to cover over 5 million machines — and the effort is now estimated to be half done. Philips now thinks the recall will cost 900 euros ($916 million), without including litigation costs and numerous class action suits.

“If you have three recalls in 10 years, it's too much. His (Van Houten's) position had become untenable," analyst Jos Versteeg of InsingerGilissen told Reuters.

The three recalls included ones for defibrillators in 2017 and medical scanners in 2014.

"This situation is not really under control, I think, because we're still waiting for the definite conclusion of the [safety] studies," he told the news agency.

In January, van Houten noted, “We faced significantly intensified global supply chain issues across our businesses, in addition to customer postponement of equipment installations in hospitals.”

Philips has had positive news lately.

In June, independent testing in Europe and the U.S. showed that foam degradation in Philips’ recalled ventilators is rare and linked almost exclusively to unauthorized cleaning products. van Houten called the results “very encouraging” and said use of aggressive ozone-based cleaning products is what mainly caused the issues.