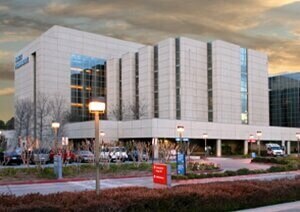 They include its Riverside and Moreno Valley hospitals and its Murrieta and Wildomar medical offices, according to The Press-Enterprise.

A five-story hospital and two-story diagnostic and treatment facility are being added to Riverside Medical Center for an estimated $735.4 million.

The additions will create 330 new jobs, and are expected to be in completion the first quarter of 2027.

The estimated cost is $250.2 million. Its opening is predicted in the third quarter of 2023.

In Murrieta, Kaiser is building a second, 88,900-square-foot medical office building for an estimated $124.8 million. It will include an ambulatory surgery unit with six operating rooms and a 26-bay post-anesthesia care unit; 19 provider offices, 26 exam rooms, a 14-bay chemotherapy center, and imaging services.

Completion is expected in the first quarter of 2023.

The healthcare system is also moving its Wildomar medical office to an 84,000-square-foot outpatient center that will house 61 provider offices and 79 exam rooms, and provide primary care, pediatrics, optometry, allergy, dermatology, and other specialty services.

The project is estimated to cost $116.5 million and is expected to be completed in the fourth quarter of 2024.

Kaiser will also pay $473.1 million for other upgrades at various facilities in Riverside County.

Totah says the completion dates are “tentative” due to supply-chain challenges in Southern California.

The Riverside project will begin in September. The others are underway.