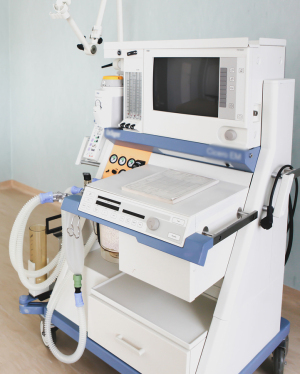 New York is trying to decide what to do with over 8,000 unused ventilators it has.
More than 8,000 ventilators and 1,000 X-ray scanners acquired by New York State during the pandemic remain unused in warehouses across the state.

Despite costing $166 million and $86.4 million, respectively, the state has no immediate plans to distribute them, due to providers now having adequate supplies and shifting treatments away from ventilators, reported Politico.

“As part of New York State’s ongoing response efforts to COVID-19, any medical equipment that could prepare the state for future public health emergencies or pandemics will be maintained and stored for future use,” the New York Department of Health said in a statement.

Former NY State Governor Andrew Cuomo ordered thousands of ventilators in March 2020, when the state was the epicenter of the virus. But doctors over time began using treatments that did not subject patients to health risks associated with them.

Other states and countries also face the same dilemma. California has 14,000 ventilators that it hardly used, while more than half of 40,000 ordered by Canada were never unwrapped. The Trump administration paid $3 billion for nearly 200,000 in 2020, but only half could support the most severely affected patients.

The State Department of Health confirmed to POLITICO that New York never fully allocated the cache of ventilators it had before the pandemic or the ones it received from the federal government, along with the 8,555 ventilators.

To date, it said that 2,141 ventilators were deployed, on par with the number it received from the Strategic National Stockpile. The state’s Comptroller Office does not have a complete spending figure, as much of it was done under emergency orders that bypassed the initial review process.

New York will use some unused items as evidence in trials against fraudulent vendors. It is still obligated to honor a $40 million contract with a vendor. Governor Kathy Hochul plans to review the state’s COVID response, which good-government groups say should include studying its purchasing decisions.

“We urge you to go even further and establish a commission with subpoena power to better understand what went wrong and how the New York government can better handle future pandemics,” the groups wrote to her in August.