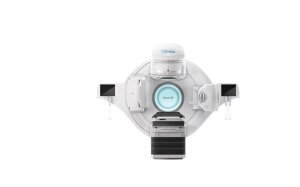 Launched in 2013, the Versa HD linear accelerator is capable of administering radiation three times faster than prior linear accelerators, and has high-precision beam shaping and tumor targeting technology. It also uses real-time remote system monitoring to reduce delays and downtime.

The purchase makes up 60% of the linac tender, with the order expected to be booked in the third and fourth quarters of Elekta’s fiscal year 2022 to 2023.

“For Italy, it means a modernization of the country's installed base of linacs, providing people with the best technology within precision radiation therapy. These replacements will further strengthen our current leading position in the Italian market,” said Ardie Ermers, Elekta's executive vice president for Region Europe, in a statement.

The FDA cleared the system for use shortly after its debut in 2013.

In addition to its deal with Italy, Elekta recently made another with Karkinos Healthcare, a provider in India, to install more than ten linear accelerators at its locations across the country, including several Elekta Versa HD linacs and Elekta Harmony Pro systems, which is the company’s most productive linac to date.

The company has also engaged in several partnerships around the Versa HD linear accelerator, including one in 2017 to add Brainlab's ExacTrac patient positioning and monitoring technology as an optional feature.

The contract is subject to a 35-day standstill period from the time it was announced.