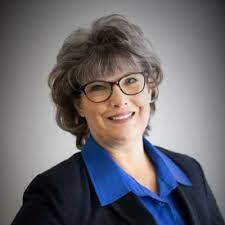 Travis Prowant, M.S.H.S., R.R.A., R.T.(R)(CV)(CT)(ARRT), FASRT, President of the ARRT Board of Trustees, says the Board was pleased with the high caliber of candidates who interviewed for this role—and added that Watson’s qualifications stood out. “Collaborator. Ambassador. Strategist. All these terms and more come to mind in describing Liana,” Prowant says. “She has both in-depth knowledge of the industry and the ability to synthesize complex information to drive strategy.”

He also points to Watson’s proven ability to form positive and productive relationships. “Collaboration skills are critical in the CEO role,” he says, “because we work with so many stakeholders, including other associations, educational programs, and continuing education partners.”

At ABII, Watson engaged the ABII Board of Trustees in setting the organization’s strategic direction and administering its national certification program. At ARRT, she served as a subject matter expert concerning federal and state regulations that affect medical imaging and radiation therapy in the U.S.

Before taking those roles, Watson spent eight years at the American Society of Radiologic Technologists (ASRT), where she built and led a senior-level team responsible for areas including governance activities, government relations and public policy, practice standards, and corporate relations. Earlier in her career, Watson worked at Regional West Medical Center in Nebraska, where she served as a staff sonographer, mammographer and radiographer before becoming Director of Quality Resources.

“This profession has been my passion for more than 35 years, and I’m honored to have the opportunity to partner with ARRT staff, volunteers, and registrants, along with program directors, educators, and industry partners,” says Watson. “Together, we’ll ensure that ARRT's Registered Technologists remain the gold standard in providing medical imaging, interventional procedures, and radiation therapy care. My vision is to build from ARRT’s century of excellence as we anticipate and meet the expectations of registrants, health care facilities and patients—for tomorrow and for the next 100 years.”

Reid says it’s been a privilege to serve the profession throughout his career. He adds that he is confident that ARRT will continue to evolve and knows Watson will do well in her new role. “Liana quickly analyzes situations and then acts systematically to solve problems,” he says. “I am certain she will help ARRT continue contributing to the overall advance of the radiologic sciences.”