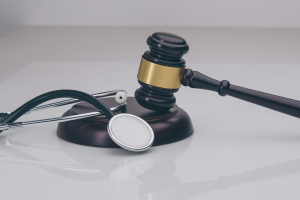 Navy veteran John Behles died on June 10, 2020, a day after experiencing a “catastrophic or traumatic event” that led to severe brain injury, according to K2 Radio.

The hospital listed the cause as bronchopneumonia, but in a civil lawsuit filed in federal court, estate representative Barbara Pierson claims an assault or a drop or fall from a patient lift resulted in his death.

She argues that hospital staff falsely reported the incident to Sheridan dispatch, and wrote that the fall occurred from bed. She said this is impossible, as the bed was in the low position, surrounded by pads and with the rails up.

A nurse also called the Sheridan County Sheriff’s Department to say that Behles injuries were inconsistent with a fall and that she saw the staff suspiciously cleaning up blood.

"Plaintiff believes, and is otherwise informed, that Behles's traumatic injury was the result of either an assault or being mishandled or dropped by a VAMC staff member, resulting in a coordinated, concerted and organized cover-up of the facts surrounding the incident by various members of VAMC staff," according to the complaint.

The allegations prompted the Veterans Administration Medical Center to investigate. It found that staff delayed calling 911 and had chart notes that were inconsistent with the time and sequence of events leading up to the injury and listed the wrong dates.

It also said Behles was found near the bathroom, not his bed; that he was physically incapable of getting out of bed without assistance; and that the hospital was short-staffed that day.

Pierson notified the VA of Behles’ estate claims, but its legal team denied her claims, saying it found no breach with the standard of care provided to Behles following his injury.

The Medical Center is owned and operated by the U.S. government, which under law was required to provide Behles with a duty of care and must investigate the cause of any injuries.

Pierson claims that it failed to do so and made false reports to Behles’ family and investigators, leading her to sue under the Federal Tort Claims Act.

She is seeking a trial and damages not to exceed $11 million.