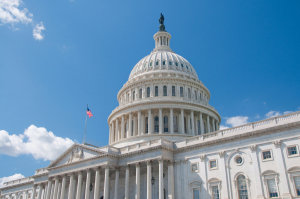 The largest spenders were pharmaceutical and medical device manufacturers at $308.4 million, accounting for more than 40% of the total amount in 2020.

Following them were providers, at $286.9 million; payers, $80.6 million; and other healthcare organizations, $37.7 million, according to a cross-sectional study conducted by Weill Cornell Medical College, in New York, and the University of Pennsylvania.

Additionally, the study showed that the steepest growth in spending took place before 2010, when Congress and federal agencies were compiling the legislation that would eventually become the Affordable Care Act.

They found that spending was highly concentrated, with the top 10% of firms responsible for 70.4% of spending among payers, 69% among manufacturers, and 59% among providers.

For other firms, it was less concentrated, with the top 10% responsible for 37.7% of spending.

This showed that pharmaceutical and medical equipment manufacturers and providers, including their associated trade organizations, spent the most on lobbying expenditures in the healthcare sector, and that lobbying activities were not distributed uniformly, with a small number of firms responsible for the majority.

“A minority of firms spend a disproportionate amount on lobbying, which may lead to certain constituencies being underrepresented in the policy-making process," they wrote.

The authors include William Schpero, an assistant professor in the division of health policy and economics in the department of population health sciences at Weill Cornell Medical College; Thomas Wiener, of the department of medicine at the Perelman School of Medicine at the University of Pennsylvania; and Samuel Carter, of the Leonard Davis Institute of Health Economics at the University of Pennsylvania.

The name of the study is titled, Lobbying Expenditures in the U.S. Health Care Sector, 2000-2020, and information was collected through OpenSecrets, a nonprofit, nonpartisan organization that tracks money in politics and collects all lobbying reports filed with the Senate Office for Public Records.

The findings were published in JAMA Health Forum.