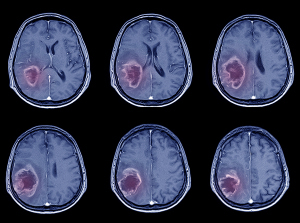 The five most substantial predictors of higher costs per episode were treatment with endovascular thrombectomy (EVT), longer hospital stays, arrival by transfer, severe stroke, and treatment with intravenous thrombolysis (IVT). But increases in various types of neuroimaging were not key drivers.

“To our knowledge, no study has examined the relative contribution of treatment and neuroimaging on ischemic stroke hospital costs over the period in which consensus statements, recommendations, and guidelines changed for stroke treatment,” said lead researcher Dr. Pina Sanelli, FACR, professor at the Donald and Barbara Zucker School of Medicine at Hofstra/Northwell.

“If the treatment rate had remained at 2012 levels, the estimated costs would have decreased 6.8% between 2012 and 2019, all else equal,” said Eric Christensen, director of economics and health services research at the Neiman Institute, in a statement.

He also said that it was remarkable that cost only increased 4.9% in inflation adjusted dollars, given the substantially higher treatment rates.

Over the study period, median hospital length of stay dropped from five days to four, and in-hospital mortality rates, from 6.3% to 4.1%. These improvements reduced overall costs per episode and offset part of the increase in cost created by treatments.

“Fortunately, given the improvements in stroke treatment and the associated reductions in post-treatment costs that muted cost growth that we observed, it appears stroke cost growth between 2012 and 2030 may be less than projected,” said Elizabeth Rula, executive director of the Neiman Institute.

Information used in the study came from the Medicare 5% Research Identifiable Files (2012-2019) from the Centers for Medicare and Medicaid Services.

The findings were published in the Journal of the American College of Radiology.