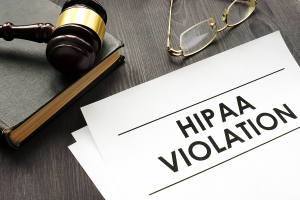 Between November 2017 and December 2020, Kirby Dandridge, 38; Sylvia Taylor, 43; Kara Thompson, 30; Melanie Russell, 41; and Adrianna Taber, 26, gave the names, phone numbers, ages and diagnoses, among other information, of patients involved in motor vehicle accidents to Roderick Harvey, 40, in exchange for payment.

Harvey, in turn, sold the information to personal injury attorneys and chiropractors to make a profit.

The indictment did not say how many patients’ information was sold, and what specific positions all five had at Methodist. It also did not convey whether each one had left Methodist, but referred to them as “former” employees.

While there is no evidence of financial information being disclosed, Methodist is offering free credit reporting to anyone affected.

“At Methodist Le Bonheur Healthcare, we take the security of our patients' private information very seriously. Once we became aware of the situation, we promptly took action and alerted the appropriate legal authorities. We’ve cooperated fully with their investigation and ensured each patient who was affected has been notified,” said spokesperson Rachel Powers Doyle in a statement.

Disclosing sensitive information without a patient’s knowledge or consent violates the Health Insurance Portability and Accountability Act of 1996 (HIPAA). It also makes it a crime to obtain patient information for the purpose of selling, transferring, or using it for personal gain.

Harvey has been charged with seven counts of obtaining patient information with the intent to sell it for financial gain on various dates between November 2017 and September 2019. Each charge carries a maximum of 10 years in prison, a fine of $250,000, and three years of supervised release.