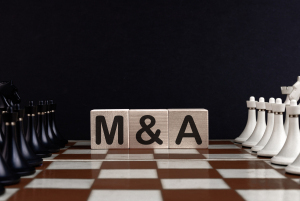 The two signed nonbinding letters of intent on November 15 to merge into a combined health system, valued at $14 billion, according to Modern Healthcare.

It would consist of 78,000 employees and more than 50 hospitals, including the University of Minnesota Medical Center.

The deal expands “access to complex and highly specialized care” and “a broader range of virtual services,” said Sanford CEO and president Bill Gassen in a statement.

Based in Sioux Falls, Sanford has 47 medical centers in the Dakotas and rural western Minnesota. Fairview, headquartered in Minneapolis, operates 10 inpatient hospitals, 80 clinics, and 36 pharmacies. Among the 12 largest state nonprofits, it is the only one that experienced revenue declines in 2021 and 2022, reported the Star Tribune.

The combined system would be based in Sioux Falls, making it one of the largest in the Upper Midwest. Sanford would be the parent company, but would retain "a very material corporate presence" in the Twin Cities, according to Gassen.

State Attorney General Keith Ellison will investigate if the deal complies with charities and nonprofit laws. "We are also evaluating any possible effects on competition along with state and federal partners,” said spokesperson John Stiles.

A large hurdle will be gaining approval from regulators and state lawmakers. Back in 2013, Minnesota’s former attorney general and others opposed an out-of-state organization running the university hospital, a taxpayer-supported training center for most of the state’s doctors.

“Different conditions. Different people. Different organizations. Different relationships," James Hereford, Fairview's chief executive, told the Tribune, about the 2013 failed merger. Neither he nor Gassen were heads of either health system then.

Fairview made $6.43 billion in 2021, and employs 31,000 individuals. Sanford made $7.14 billion in 2021 and employs nearly 45,000. It previously was in talks to merge with Intermountain Healthcare in Utah and UnityPoint Health in Iowa, but both deals fell through.

The two are hoping to close the deal in 2023, following regulatory reviews.