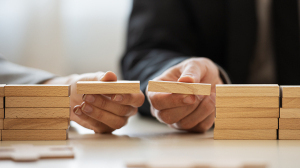 The new system will cater to 750,000 patients and will comprise Butler Memorial Hospital, Clarion Hospital, Frick Hospital, Latrobe Hospital and Westmoreland Hospital. It will employ approximately 7,300 people and over 1,000 physicians and practitioners.

The two announced their intention to merge in early June, saying that the combined health system would earn more than $1 billion in revenue. Following a period of due diligence, they are moving forward with necessary state and federal regulatory approvals, which they anticipate completing by the end of 2022.

The combination is expected to improve access to care, reduce healthcare costs and improve patient health outcomes. It also will provide scale for accelerating the competitive advantage of both systems in the regional marketplace, according to the letter of intent.

“Our boards approached the merger as an opportunity to effect real and meaningful change in the landscape of healthcare in Western Pennsylvania,” said Paul Bacharach and Tim Morgus, the board chairs of Excela and Butler, respectively, in a joint statement.

Made up of Butler Memorial Hospital and Clarion Hospital, Butler Health System is an independent community health system in Western Pennsylvania and employs 3,000 people and more than 270 providers. It is the largest employer in Butler County and the largest healthcare employer in Clarion County.

Excela Health is a 578-bed, tertiary-based health system in Westmoreland County that comprises Westmoreland Hospital, Latrobe Hospital and Frick Hospital. It serves over 23,000 inpatients, 700,000 outpatients and 100,000 emergency visits annually, and employs more than 700 physicians and allied health professionals and 4,300 employees.

Excela's CEO John Sphon said that the two are "now one step closer in realizing a goal that will have a dramatic and positive impact on healthcare for those we serve.”