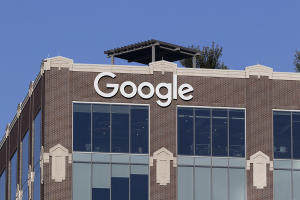 Launched from Google X in 2015, Verily has designed a range of health solutions, including a contact lens that detects diabetes symptoms (which ceased production in 2018) and Project Baseline to aggregate data with research organizations. It also developed a COVID-19 testing platform that provides people with information on symptoms and how they can get a test.

The cuts affect 15% of the company and are the first layoffs for Alphabet, according to CNBC. They are being made in accordance with the discontinuation of programs and to decrease team redundancy.

In an email sent on January 11, Verily CEO Stephen Gillet said the company would be “reducing or sunsetting” some parts of the business while increasingly investing in others.

Among those being discontinued are early stage products such as its remote patient monitoring for heart failure and microneedles for drug delivery.

“As we move into Verily’s next chapter, we are doubling down on our purpose, with the goal to ultimately be operating in all areas of precision health,” the note stated. “We will do this by building the data and evidence backbone that closes the gap between research and care. We will also focus on building a financially independent company and a thriving company culture,” wrote Gillett, who called the layoffs “difficult choices.”

The company will also be shaking up its leadership. For example, Jordi Parramon, president of Verily’s devices businesses, who has been with the company “since its early days”, will be leaving.

Employees being laid off will receive an email in their Verily and personal email accounts titled, “Important Update Regarding Your Role.” Those remaining will receive one titled “Your Role at Verily.” Employees outside the U.S. were notified on January 11 and 12. The company will hold an all-hands meeting on January 18 to explain the changes in more detail.

“While communicating via email is not ideal, this was a deliberate decision, enabling us to communicate as efficiently and simultaneously as possible. We’re also taking today and the rest of the week to ensure each impacted Veep has a personal discussion with a leader and HR partner to discuss the details, answer questions, and provide support through the transition,” read the note.

Severance and outplacement services will be made available “in the coming weeks and months,” according to the email. It did not specify when.