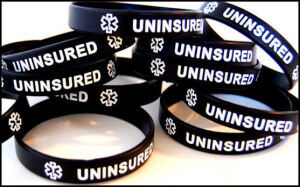 The analysis was reported using a simulation model by researchers from the Urban Institute. This simulation estimates how health coverage and cost trends could change through 2019.

While these statistics are daunting, steps are being taken to avert the forecast outcome. The Department of Health and Human Services announced that states may apply for $75 million in grants to expand health insurance access to the uninsured. Target grants of $2 million to $4 million will be awarded to states with plans to target specific groups like uninsured children, small businesses or uninsured seniors. Also, comprehensive grants of $7 to $10 million will be awarded by HHS to states for extensive insurance coverage initiatives. States must demonstrate the ability to sustain the program after the funding expires. The funding will be made over a five-year period and require a 20% match unless a state demonstrates a financial hardship.

The impact of this funding and its results (state projects) will be reported to Congress at the end of the five-year grant period.