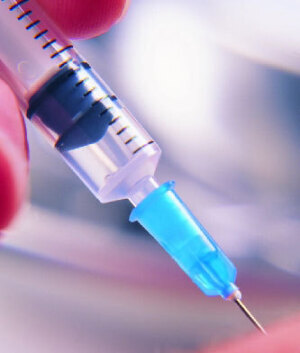 Vaccine may soon
be available for Malaria
A disease that kills nearly a million people each year, may soon have a vaccine. Researchers have started a major clinical trial in Africa of what is hoped to be the world's first vaccine against malaria.

GlaxoSmithKlinePLC and Path Malaria Vaccine Initiative, or MVI (a charitable group funded by the Bill and Melinda Gates Foundation) are the two vaccine developers. The study began with 16,000 African children and is the largest trial of the potential inoculation.

This study is part of a broader effort by the Gates Foundation and Glaxo and other drug companies to develop vaccines and drugs that although aren't commercially attractive will help combat diseases that afflict poor regions like sub-Saharan Africa. The malaria vaccine has performed well in smaller trials and could be available by 2013 if this larger trial goes well.

If the vaccine goes to market, Glaxo will produce it at a factory in Belgium. According to a Glaxo spokesperson, donor groups such as the Global Alliance for Vaccines and Immunization will probably be the ones to buy the vaccine for developing countries.