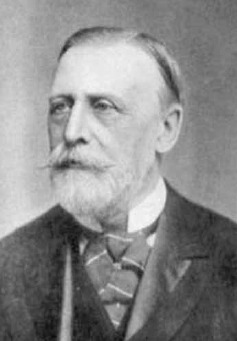 From the January/February 2013 issue of HealthCare Business News magazine

On par with the stethoscope, a thermometer is one of those key clinical (and even household) doohickeys that just seem to have been a part of the doctor’s tool set for ever. But it actually wasn’t too long ago that it was swept aside as nothing more than a hefty, foot-long inconvenience, requiring upwards of 20 minutes to take a patient’s temperature.

Physicians were already linking extreme temperature variations with specific illnesses even a century ago. But due to the size and fragility of the only capable thermometers, a patient was forced to head to the hospital to have his or her temperature taken. And in more rural settings, like the Old West, the frontier doctor would usually have to ascertain a patient’s temperature through the not-so-reliable medium of touch, as the dainty thermometers would more often than not get crushed in their saddlebags. Fortunately, due to one man’s ingenuity, thermometers went from a nuisance to a must-have. February marks 88 years since the death of Sir Thomas Clifford Allbutt, the doctor responsible for inventing today’s more practical and indispensable short or “pocket” clinical thermometer.

Born in England’s Yorkshire region in 1836, Allbutt trained in London and Cambridge at St. Peter’s School and St. George’s Hospital, eventually moving to Leeds, where he worked as a physician at the Leeds General Infirmary for twenty years.

Not long after arriving at the infirmary, Allbutt devised a new and improved clinical thermometer in 1866. After much trial and error, he had successfully refined the instrument, halving its size from 12 to 6-inches. The mercury-filled tube could record a person’s temperature within a record five minutes.

Word of the Allbutt Clinical Thermometer got out to the medical profession through trade catalogues after the physician was able to persuade Leeds-based medical instrument makers Harvey & Reynolds to manufacture his creation. He proceeded to sell and market his thermometer, making the design freely available worldwide.

Because temperatures could now be taken swiftly and, therefore, more frequently, Allbutt’s thermometer enabled doctors to track a fever’s course with ease. Right off the bat, it was a huge hit with British doctors. For nearly a century and a half, his diagnostic tool remained virtually unchanged, closely resembling the modern-day thermometer.

Among other accomplishments, Allbutt was one of the first to employ the ophthalmoscope in Britain, and he was a noted medical historian, publishing works including: Diseases of the Arteries, Including Angina Pectoris, Greek Medicine in Rome and established and edited the System of Medicine. He delivered the Goulstonian Lectures in 1884, was named the Regius Professor of the Physic at Cambridge University in 1892 and elected as physician to Addenbrooke’s Hospital. Allbutt went on to deliver the Harveian Oration in 1900, and the Fitzpatrick Lectures in 1909–10. He was knighted in 1907 and awarded the Moxon Medal in 1921, becoming a censor. He was a founding member of the Medical Research Council, and in 1916 was elected president of the British Medical Association—an office he held until 1921.