Is there a viable future for proton therapy? 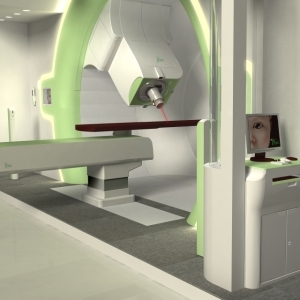 The National Association for Proton Therapy wrapped up its second annual conference in Washington, D.C. last week with several takeaways for the stakeholder community.

Certainly, larger attendance figures this year echoed the growing number of facilities being built around the country and the world, but despite the strength in numbers, there was a clear message to participants that a viable future for proton therapy is going to take a lot of work.

The cost of building and equipping a proton beam facility can easily reach upward of $100 million — something that has made it a controversial medical technology.

For years, the proton therapy community has been hearing the call from regulatory bodies that randomized controlled trials are needed to prove to them that the higher cost is worth it if patient outcomes are better.

"If it cost the same as IMRT, there would be no debate," said John Frick, NAPT board chairman.

Dr. Bhadrasain Vikram, chief of the clinical radiation oncology branch at the National Cancer Institute, said that the boom in proton facility construction in recent years has supported this need for randomized controlled trials. He said by the end of 2014, eight randomized trials will be getting off the ground comparing protons and photons.

Results could be beneficial for obvious reasons, but Vikram said they will also help facilitate the best direction for proton therapy.

"We need to begin to identify that 5 percent of patients who will benefit through imaging biomarkers or tissue biomarkers and this happens in randomized controlled trials," said Vikram.

Health reform's impact
With Medicare currently only reimbursing for prostate cancer treatment with proton therapy, and most policy makers wary about paying for an expensive treatment that lacks the evidence they feel warrants coverage, reimbursement challenges continue to plague proton therapy stakeholders.

"Coverage has really been under fire this year," said Christopher Pericak, a consultant for Research and Insights at the Advisory Board Company. "Look at the 2013 prostate studies — it's interesting to see that payors were not swayed by research but instead are raising the bar for research."

He said despite inroads, it's all about cost, and regulators will continue to make it more difficult for people to establish the technology.

He also said proton therapy will have no choice but to evolve in a health care environment that is moving away from paying for services to paying for outcomes. In a nutshell, payors will want to align coverage with value and better patient outcomes.
1(current)
2
3