ONC and CMS delay meaningful use 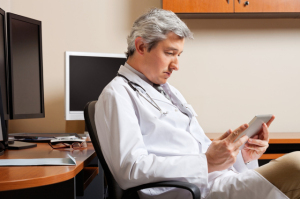 Government officials made a decision this week to issue a rule that would extend the deadline for providers interested in meeting meaningful use requirements.

In Stage 1, providers and hospitals had to meet 15 core objectives and half of the 10 menu objectives.

Providers also have to meet nine out of 64 clinical quality measures, and eligible hospitals 16 out of 29 CQMs.

DOTmed News reported in an earlier story that only four out of 30 eligible hospitals met stage 2 meaningful use requirements for 2014.

CMS already extended the deadline one year — to 2014 instead of 2013 — for providers who demonstrated meaningful use in 2011 and 2012. This was intended to give them ample time to put in place new EHRs that vendors were developing to comply with meaningful use stage 2 rules.