Seeing is believing: the present and future of endoscopy 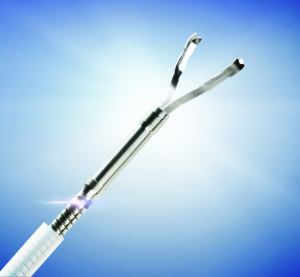 From the January/February 2015 issue of HealthCare Business News magazine

Medical percussion, the process of tapping a patient’s chest to diagnose conditions of the abdomen and thorax, was popularized by Leopold Auenbrugger in the 18th century. On the strength of that discovery, the era of modern medicine was ushered in, and medical percussion is still practiced to this day.

But compared to the latest in endoscopic advancements, this technique seems “archaic,” according to Paul Wetter, chairman of the Society of Laparoendoscopic Surgeons. He says, “It would seem like standing behind a wall and trying to figure out what’s on the other side.”

For Wetter and his colleagues, rapid advancements in endoscopic technology will soon displace such time-tested approaches. He points to the smart phone — and the notion that it contains greater computing power than the NASA spacecraft that put men on the moon — as evidence of an overarching change in mankind’s relationship with the world. And it isn’t merely a philosophical shift. New offerings from endoscope OEMs are breaking ground in computerized visualization.

That clarity, coupled with smaller scopes with bigger channels and more capable clips, are expediting better outcomes. For gastroenterologists, one of the largest endoscopic specialties, a trend toward in-house pathology is cutting costs and leading to more accurate results. All of these developments, plus improvements to screening protocols and reimbursement guidelines, are making a huge impact on a major patient base.

3-D technology is becoming an increasingly central part of the endoscopy conversation too, and breakthroughs in robotic tools and techniques are not far behind. But, say the experts, there is still a vital role for older refurbished equipment, especially for the reimbursement pressured, budget-conscious facility.

Endoscopy, as a concept, is right at home in the modern health care landscape. By utilizing the latest in computer science, it is accomplishing more — faster — by actually doing less. Those efficiency-oriented outcomes are intrinsic to not only health reform, but life itself in the 21st century.

Evolving quality measures in gastroenterology
With over 11 million colonoscopies being performed in the U.S. every year, Dr. Blair Lewis, a private practice gastroenterologist in New York, calls them the “bread and butter” of endoscopy. And while the number of practicing gastroenterologists is declining, there is no small demand for quality care.

“The challenge is that the number of gastroenterologists is not growing at the pace of the market,” says Doug Ladd, chief marketing officer at EndoChoice. Ladd attributes this, in part, to limited GI fellowship slots and sees a trend — predominately in rural areas — toward general surgeons and family practitioners taking up the slack. He says that shift raises questions about training qualifications, which is something the major medical societies have to address.
1(current)
2
3
4
5
6