The unique challenges of keeping the MR environment clean 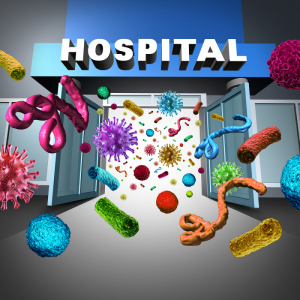 From the October 2017 issue of HealthCare Business News magazine

MRs have become a key non-invasive diagnostic tool used by doctors in hospitals and clinics around the world to investigate organs and tissue within the patient’s body.

A magnetic resonance (MR) imaging scan uses two powerful magnets to create a magnetic field to temporarily realign hydrogen atoms in the body. The hydrogen atoms contain a proton which serves as a magnet during the MR scan. As a patient enters the instrument, the MR’s first magnet causes the water molecules in the body to align in one direction. The second magnet is turned on and off, causing the hydrogen atoms to alter their alignment. The equipment’s computer creates a detailed cross-sectional image allowing for medical interpretation.

Since these commonly used instruments contain such powerful magnets, they can also be a safety risk requiring only specially trained technicians to operate and control the area around the magnets. Architects design the rooms to be safe from surrounding areas, and specialized metal detectors are used to make sure no one enters with a ferromagnetic metal which would be attracted to the magnetic force of the MR scanner. The magnets are never completely turned off, even at night making these super-cooled helium instruments a possible safety risk 24/7. Consequently, normal cleaning and disinfecting of the instrument between patient scans is a specialized task.

According to Darrel Hicks, author of Infection Prevention for Dummies and principal of Darrel Hicks, LLC, a national expert on health care cleaning and disinfecting, “the cleaning responsibilities for the MR equipment vary from one facility to another. Many have the radiology staff responsible for cleaning the equipment, including the tube where patients are examined. Environmental services (EVS), the housekeeping staff in hospitals, normally do not clean the MR equipment due to the special precautions and safety hazards.”

Since most accidents in an MR area are caused by human error, special precautions and training are necessary and constantly updated. The magnet in an MR is about 30,000 times as powerful as the Earth’s magnetic field. Some of the accidents that have occurred become horrible news stories such as a young boy who was undergoing an MR examination when the magnetic field yanked a metal oxygen tank across the room, crushing the boy’s skull. A fireman fighting a blaze in a hospital was sucked into the scanner's bore by his metal air tank and a policeman’s gun was pulled by the magnet’s tremendous force from his holster and went off when it hit the equipment. Sensational stories demonstrate the projectile effect of ferromagnetic objects to the magnet and the importance of continual safety awareness.
1(current)
2
3

Legionella exposure is real and can happen anywhere

Flu vaccines for staffers are part of patient safety