ACA 'targets' hospital collection practices: what to watch for 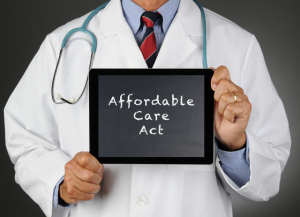 A headline that would send a chill through any hospital administrator landed in the news recently, "Grassley to hospitals: Explain why you're suing low-income patients."

Senator Chuck Grassley of Iowa had expressed widely reported outrage over the collection practices of Mosaic Life Care (formally named Heartland Hospital) in St. Joseph, MO. He wrote in a letter to the hospital that it has sued more patients, mostly low-income, than any other hospital in the state.

The news came on the heels of new rules issued under the Affordable Care Act to regulate hospital collection practices, too, effectively putting hospitals on notice to review their charity care policy.

A warning shot, though it may have been to all, it was not accurate or fair, according to Tama Wagner, Chief Brand/Strategy Officer at Mosaic Life Care. She stressed that Mosaic has complied with existing regulations and exceeds most of the requirements in the new rules.

"Mosaic Life Care is ranked number six in the state by the Missouri Hospital Association based on community benefit," said Wagner. "The reporting of the NPR/ProPublica story, which led to Grassley's outrage, narrowly focused on wage garnishments as a result of medical debt...which unjustly characterizes the entire story." She added that a clearly stated goal of the Affordable Care Act is that those who have the ability to contribute to the cost of their care should do so.

In part to address this issue, the Internal Revenue Service issued a new ruling at the end of December addressing patient debt collection. Hospital professionals now need to take its impact into account as they review the policies at their own institutions.

Known as the 501(r), it solidifies the intent of the Affordable Care Act to, among several changes, make tax-exempt hospitals more accountable for providing community benefit in the way of reduced or no charges to low-income patients, and communicating that policy to patients. Hospitals have one year to comply.

According to W. Eddie Phillips, CPA, a health care and hospital tax expert at Draffin & Tucker, LLP, while the proposed 501(r) regulations simplify the patient notification process, it also addresses a longstanding concern about collection practices.

"The new regulation states that hospitals can't bill uninsured patients more for medically necessary or emergency care than they bill patients with insurance," said Phillips. He said other changes in the regulations require hospitals to increase the level of language services provided to non-English speaking patients to inform them of rights to discount or charity care.
1(current)
2