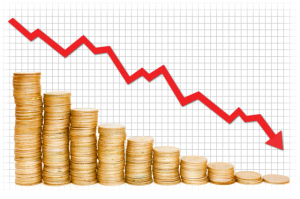 The evidentiary bar for coverage is rising, particularly where high-end treatments are concerned. DOTmed reached out to James D. Chambers, one of the study's authors, to try and understand why that is.

"One of the reasons could be that Medicare has simply gotten better at understanding evidence," said Chambers. That hypothesis would indicate that the system is actually improving and therefore an end to the trend of increased restrictiveness would be forthcoming.

"The other reason could be — and this is speculation — that as resources get tighter they scrutinize the evidence more closely," said Chambers, who added that Medicare does not factor in cost-effectiveness or economic evidence when making those decisions.

When the evidence recommending a treatment is strong, Medicare tends to cover it. When the evidence is weaker they either don't cover it or provide "coverage with evidence development" policies. In that respect, Chambers said the results of the study should be seen as encouraging.

The research looks at "big ticket" technology; the expensive things on the cutting edge of medical science, but it does not compare the frequency of specific treatment approvals. Chambers said that's something they are working on now and hope to have those results by late 2015 or early 2016.