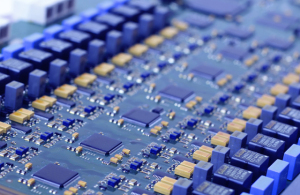 From the April 2015 issue of HealthCare Business News magazine

RFID offers a low cost alternative, or supplement, to RTLS systems by providing location data at a fraction of the cost of most RTLS infrastructure, although the visibility into a person’s, asset’s or medication’s location is restricted to the last time a tag or badge was scanned at a portal or by a handheld reader.

Passive RFID features a UHF, HF or LF tag that is battery-free, making it smaller and less expensive than its active RTLS sensor or tag counterpart. However, eliminating real-time functionality creates limitations. The tags only respond where scanned and no facility will have enough readers to scan the tags at all times. Therefore, a facility’s best strategy is to ensure the tags are read during key events such as the movement from one department, or one building, to another; or when a medication, blood or other product is administered to a patient.

Most commonly, hospitals use RFID to track their lower value assets, staff, or consumable items that don’t require constant location knowledge. RFID can also be used as redundancy in the event an RTLS tag isn’t functioning. Passive RFID tags, typically priced below a dollar, could be placed on every – and any – asset within a health care facility, and could then be tracked according to zones set up at that facility. In this way, as the equipment, people or items such as blood and medications pass through a portal between one department and another, the software can automatically be updated to indicate where the item was detected and in which direction it was moving.

In addition, hospitals use handheld readers for more granular audits or just to seek out a missing item, allowing individuals to walk through an area with the reader in “Geiger Counter” mode to find a specific piece of equipment, or simply to read everything tagged within the vicinity to update status lists.

Passive RFID can also be used to create automated records of what medication was administered to which patient and by which health care provider. In this case, the unique ID on a medication container’s tag can be read with a handheld reader and paired with the ID number of a patient’s wristband and the ID number in the nurse’s badge. Such systems are also being used to prevent unintentional baby mismatching in maternity departments. When nurses bring an infant from the nursery to its mother, for instance, the RFID tags built into the wristbands of mother and baby are read with a handheld reader and the system will display an alert if a mistake is being made. Such a system also enables the hospital to store data about how often the baby has been brought to its mother and when.
1(current)
2