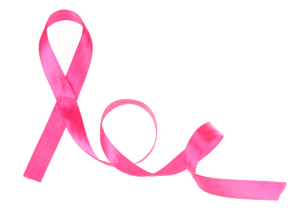 The research, presented this week at the American Association for Cancer Research annual meeting, shows a marked increase in estrogen receptor (ER)-positive tumors in women older than 70. Part of the increase is due to the fact that women are living longer, and also due to screening technology that enables doctors to diagnose smaller, in situ tumors and invasive tumors, which are mostly detected via mammography.

The forecast comes the same week that the U.S. Preventive Services Task Force updated, but did not change, its breast cancer screening recommendations, which state that women age 50 to 74 should only be screened once every two years, while women in their 40s should discuss screening with their doctors.

Dr. Philip Rosenberg, a senior investigator in the division of cancer epidemiology and genetics at the NCI, says the forecast was made without the details of how the cancer is diagnosed. Rosenberg and his colleagues did the study in order to help the oncology community plan for the future and optimize prevention and treatment strategies.

“Having a good guess of the future can help planners struggling with difficult issues, like mammography,” Rosenberg told DOTmed News.

“Understanding the optimal way to manage cases in that age group would be wonderful,” Rosenberg said.

Researchers used cancer surveillance data from the NCI, population projections from the Census Bureau, and mathematical forecasting models to project the numbers.

The study predicts that while the proportion of ER-positive invasive cancers will remain at about 63 percent of all tumors, the proportion of ER-positive in situ cancers will increase from 19 percent to 29 percent. In contrast, the researchers forecast that the proportion of both invasive and in situ ER–negative tumors will decrease from 17 percent in 2011 to 9 percent in 2030. Since strong risk factors for ER-negative tumors include giving birth for the first time at an early age and not breast-feeding, researchers say the decline could partially be explained by the fact that women have been delaying pregnancy and are breast-feeding more often. ER–negative tumors include some of the most difficult to treat tumors.