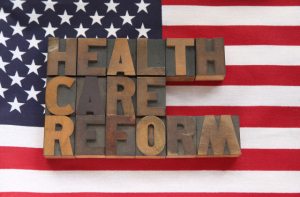 The nearly 400-page 21st Century Cures bill has had on- and off-again bipartisan support and is widely expected to be introduced in the near future. The legislation in draft form before the House Energy and Commerce Committee is attracting attention from many health care quarters, but there is much in the bill’s draft language that has raised eyebrows in the health care sector.

In its current form, the bill would broadly alter regulation of pharmaceutical and medical devices and set penalties for vendors who fail to meet electronic health records (EHRs) interoperability targets related to clinical research.

“This bill is an admission that our current system is flawed and represents an effort to deal with that issue,” Allison Murphy, legislative director for the Alliance for Natural Health – USA (ANH-USA) told DOTmed News. Adding that the bill, "seems to do little more than double down on our current pharmaceutical approach by throwing more money, not more innovation, at the problem.”

She said that ANH-USA, which has several physicians on its board, advocates nutritional and lifestyle changes to achieve population wellness goals. The alliance is particularly keen to see legislation addressing what it calls, "the number one cause of antibiotic resistance:” the non-therapeutic use of antibiotics in farm animals.

The American Hospital Association (AHA) also weighed in with concerns in a May 12 letter to Fred Upton (R-Missouri), chairman of the Energy and Commerce Committee. Although the AHA approved of the bill’s intent to share patient information for the purpose of pharmaceutical and medical device clinical study, it cautioned that such data sharing will still require an appropriate level of protection mandated under the 1996 HIPAA law.

The letter, signed by Rick Pollack, executive vice president of the AHA, raises concerns that, “the discussion draft is too broad in its use and disclosure of personal health information,” noting that the 21st Century Cures legislation does not currently require patient consent to share data for clinical research. Pollack also went on record in opposition to any cuts in hospital reimbursement to offset funding for mandates proposed within the bill.

The legislation specifies $10 million to create charter organizations to develop metrics of “interoperability” targeted at EHR vendors. These standards would be designed to ensure that there are no technical or economic barriers preventing hospitals and other providers from sharing clinical data.

Pollack also expressed concern about the bill’s requirement that Medicare publish outpatient and ambulatory services pricing information. He noted that a just-enacted law, the Medicare Access and CHIP Reauthorization Act of 2015, and the proposed 21st Century Cures Act together impose many new regulations on hospitals.

“If the committee chooses to legislate further in this area, we urge it to focus on developing policies that insure vendors are accountable for designing and supporting interoperable products,” said Pollack. He also advocated that the committee consider expanding Medicare payments for telemedicine as a solution for improving care.