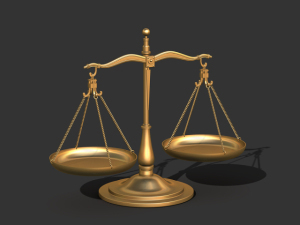 Swedish radiological device company Elekta and William Beaumont Hospital in Michigan this week filed a lawsuit against Varian Medical Systems, alleging the U.S. rival had infringed patents owned by the hospital and that are licensed to Elekta.

“Elekta Ltd. is the exclusive licensee of William Beaumont Hospital for the Patents-in-Suit,” wrote Gert van Santen, an Elekta spokesman, in an email to DOTmed News. “We decided to sue Varian because we want to defend our assets.”

Meryl Ginsberg, a spokeswoman for Palo Alto-based Varian, said the company does not believe it infringes the patents and that there is no merit to the lawsuit.

“We have our own cone-beam CT technology which we use on our imaging accessories,” wrote Ginsberg in an email to DOTmed News. “We will do business as usual and defend ourselves vigorously.”

Ginsberg said the company could not comment further on the litigation.

Karl Leinsing, an expert in medical device product development who serves as an expert witness in patent litigation cases, said it’s not unusual for a hospital to join a device company in a patent litigation suit, and that more and more facilities are getting smart about patenting and licensing technology developed by employees, such as surgeons and nurses.

“If [I] join a company, usually they have you sign an agreement that says ‘anything you invent on our time, we own it,’ “ Leinsing told DOTmed News. “They’re doing the same things that corporations are doing. Usually it’s the bigger hospitals that do it first because they have the money and the staff.”

This isn’t the first legal entanglement that Elekta and Varian have found themselves in. In 2012, Varian sued Elekta in a Texas state court, claiming the Swedish company stole proprietary information after hiring two of Varian’s sales representatives. The companies settled the lawsuit in August 2013.