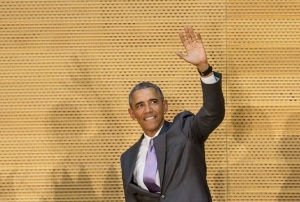 The President’s proposed 2017 budget has gone largely ignored by Congress but a proposed cancer “moonshot” might get traction in a contentious election year. The American Society for Radiation Oncology (ASTRO) is working to salvage a proposed $1 billion budget line item for cancer detection and cures.

“Cancer is not partisan. Our membership sincerely hopes that, as Americans, we can unite in this initiative,” Dr. Bruce Minsky, chairman of ASTRO told HCB News. “Research and innovation do not thrive in unstable environments, and sustained funding is mission critical.”

He said ASTRO sent a letter in support of the initiative to Vice President Joe Biden, whom the President charged with the moonshot. Biden’s son Beau, former Attorney General of Delaware, died last year of brain cancer.

Even in harmonious times, a president’s budget is generally considered a policy statement and only a starting point for budget negotiations. In this especially rancorous election year, in which the president and Congress already agreed to a two-year budget deal last fall, the budget process seems even more futile. But increased cancer research funding might be a go.

“There is some bipartisan support for the moonshot,” Caroline Pearson, Senior Vice President for Policy and Strategy with Avalere told HCB News.

The term moonshot, as related to curing cancer, was adopted by President Obama in his recent state of the Union Address. It is intended to create a sense of urgency similar to what the U.S. Congress felt when the Russians beat the U.S into space in 1957.

“It is our hope that the moonshot initiative is an opportunity to accelerate innovation,” explained Minsky. In his letter to Biden, he wrote: “Now is the time for siloed fields to coalesce… to drive progress… To do this, the funding structure must reflect the reality that the most successful treatment will not be a single modality but rather a combination that includes radiation therapy, chemotherapy, and surgery.”

Cancer kills 7.6 million people a year with another 12.7 million people diagnosed annually according to the American Cancer Society. If a moonshot deal is reached, there will, no doubt, be negotiations over the specifics of the cancer research funding. This includes $200 million in new funding for the National Institutes of Health.

According to Pearson with Avalere, there were also several other health care line items in the budget around reducing prescription drug pricing and the Affordable Care Act (ACA) - including addressing some of its more unpopular provisions. But she said it is unlikely that any of these funding proposals will be acted on before the presidential election in November.