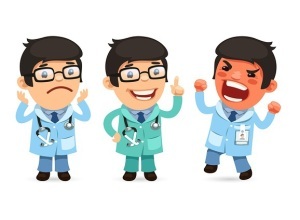 In a departure from the usual patient-centric studies that focus on quality of clinical outcomes and patient satisfaction, a new analysis — released in time for National Doctor's Day — examines factors such as punitive medical board and malpractice payouts to help physicians determine the best place for them to set up shop.

“There is an abundance of differences in terms of the working environments faced by doctors across the nation,” Jill Gonzalez an analyst with WalletHub, which conducted the study, told HCB News. “So in order to help doctors make the most informed decisions regarding where to practice, we conducted this study. The results... may certainly be eye opening for many new or soon-to-be doctors."

According to the study preface, physicians rank in the top one percent of income, but the average new doctor graduates with $180,000 in student debt. WalletHub also cited the Affordable Care Act (ACA), the decrease in stand-alone hospitals to multi-hospital systems (more employed doctors) and the increase in the number of baby boomers (more demand) who turn 65 (10,000 a day) as factors impacting physician practices.

Among the key findings:

“New York has the highest amount of malpractice award payouts per capita, $36.15 million, which is 35 times higher than in North Dakota, where it is lowest, $1.03 million,” Gonzalez added.

The study, which weighed 11 different key metrics, ranked Mississippi the number one overall state in which to practice. This was followed by: Iowa; Minnesota; North Dakota; and Idaho. The study ranked the District of Columbia as the worst locality for a doctor to practice, followed by: New York, Rhode Island, Maryland and Connecticut.

The study included interviews with three health care policy experts and asked specifically about the effect of the ACA on physicians’ practices and satisfaction. The response was mixed, with two of the experts citing positives such as increased Medicaid reimbursement to doctors and the fact that more patients had insurance. But there are negatives too, according to one of the experts.

“The ACA has been a net negative (for physicians),” said Mark Dame, Assistant Professor in the Clinical Services Management Program at Texas Tech University Health Sciences Center. “Incomes have gone down ... and work balance is increasingly unbalanced to the negative. I have seen frustration and depression on the increase...”

WalletHub operates as a one-stop destination that provides financial analyses and tools to assist consumers and small business owners in making financial decisions. The full report can be read here.