How Santa Rosa Memorial overhauled its protocols and saved $1.5 million 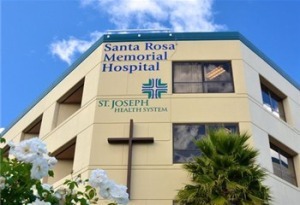 Santa Rosa Memorial
Two years ago, Santa Rosa Memorial Hospital, a 338-bed Level II Trauma Center 60 miles north of San Francisco, saw a huge increase in volume in its eight ORs, along with a deficit of skilled nurses who were either retiring or leaving for jobs elsewhere.

This combination of factors caused elective surgeries to be bumped or delayed, resulting in dissatisfaction among staff and patients.

"Our executive management team, along with the OR management team, decided that we needed to take a really strong look at how things worked in the OR and also come up with some reliable data on which to make decisions," said Margaret McEvoy, the hospital's chief of staff, in a webinar Tuesday that examined how Santa Rosa Memorial saved $1.5 million through a program designed to operationalize value-based care.

The webinar was organized by Intralign, a consulting firm that Santa Rosa Memorial Hospital ultimately hired to collect data and help change the processes so that the facility could run more smoothly in the era of value-based care.

Vince Capasso, senior director of Operational Process Design at Intralign, said the consultants held intensive workshops for physicians and staff, during which they discussed the interaction between departments. They identified performance gaps, such as long patient wait times, and found cost savings, such as the overuse of antibiotic bone cement, trimming $500,000 from the hospital's budget.

McEvoy spoke about how the hospital changed the inpatient discharge process for its joint replacement program, a highly competitive specialty.

"We would have days where we would have 12, 15 joint replacement surgeries, in addition to trauma orthopedics and our spine surgeries," McEvoy said. "We would have patients just sitting in the recovery room and traffic backed up all the way into the OR. Clearly, this was not efficient and not safe."

Hospital officials realized they needed to overhaul the discharge process. McEvoy noted that it often took more than seven hours for a patient to leave the hospital.

The facility now expects orthopedic surgeons to have a discharge order in at 9 a.m. The hospital also started a patient discharge class, providing families an opportunity to meet with the patient navigator for the joint replacement program. This helps ensure that family members are at the hospital and ready to bring a patient home once they are discharged, McEvoy said.

"In the time that we've set all these things in motion, we have significantly improved our statistics, and the majority of patients are discharging between 11 and noon," McEvoy said.

Capasso said hospitals need to take a similar look at how departments work as value-based care becomes the standard.

"It's a perfect storm," Capasso said. "Regulatory forces, market forces, everything's combining. If you don't have outcomes, expect much lower reimbursement, if any at all."

McEvoy said teamwork is important in navigating the changes.

"What I see changing is the ability of physicians to be totally independent and practice on their own, or hospitals to be independent and doing their own thing," McEvoy said. "Now it takes ... an overall team approach in order to get good outcomes, because small issues can have a big impact on patient quality."