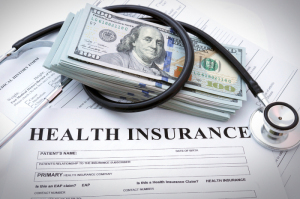 Medical claims denials are the expensive bane of hospitals and physicians offices everywhere. It’s not unheard of for some providers to simply write off denied claims rather than attempt to reconfigure their processes. According to consulting firm Accenture, for a big health system with $1 billion in revenue, a one percent reduction in denied medical claims can increase cash flow by $10 million annually.

“Denials come in many flavors,” Jon Zimmerman, VP and General Manager at GE Healthcare IT and Clinical Business Solutions told HCB News. “But the ones our customers are focusing on the most are related to eligibility, coding, prior authorization and timely filing.”

In addition to delayed or lost revenue, reprocessing a denied claim costs up to $25, according to Accenture data. The struggle is that hospitals and physician practices often do no know where to start to reduce or eliminate claims denial. GE’s claims platform, DenialsIQ, relies on big data to find patterns to inform providers about error patterns. Accenture, which consults in 40 industries, works to educate clients one-on-one on how to change flawed processes.

“The combination of the DenialsIQ analytics capabilities and Accenture’s consulting creates a wing to wing solution for providers, said Zimmerman. “That’s important in an area as complex as claims management and revenue cycle management, whether for a large health care system or smaller physician practice group."

According to GE, medical claims denials represent one of the largest lost revenue areas in health care. In total, lost revenue from denied claims costs hospitals and physicians about $2 Billion a year according to Zimmerman. He said that one of their users was able to reduce claims denials by 47 percent in the first month with a cost savings of $93,000. DenialsIQ is based on an algorithm that was originally developed to identify anomalies in jet engines.

“Applying that same algorithm to claims denials helps users uncover previously hidden and meaningful patterns from within their data,” said Zimmerman. “They (users) can work more effectively to lower costs and capture more revenue that would have otherwise been written off to bad debt.”

"We see the challenges providers face with the medical claims process,” said Matthew Collier, Managing Director of Accenture Strategy, Health. “Accenture and GE are building on our strong alliance to help address a critical pain point for U.S. health systems."