Gadolinium exposure has no connection to Parkinson's disease: study 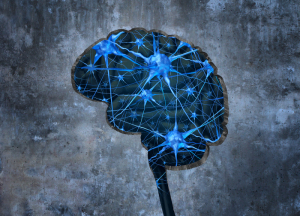 Does it have any
adverse health effects?
Gadolinium has recently come under scrutiny because it's known to accumulate in the brain, but it's not clear whether it can lead to neurological issues. Researchers at Western University in Canada uncovered that there is no connection between gadolinium exposure and Parkinson's disease.

"This hypothesis was based on the area of the brain where the gadolinium tends to deposit — these areas control voluntary movement, and other forms of damage to these areas can lead to Parkinsonian symptoms," Dr. Blayne Welk, assistant professor of surgery at Western University, told HCB News. "At this point we don't have enough information to definitively say whether these gadolinium brain deposits are harmful."

For the study, the researchers went through databases from Ontario, Canada and sifted out patients older than 66 years who underwent an initial MR exam between April 2003 and March 2013. The patients who were exposed to gadolinium were compared to patients who weren't.

However, they did note that reports of other symptoms after gadolinium exposure, including pain and cognitive changes, need to be investigated as well. In patients with renal failure, gadolinium can be deposited in the skin and cause a serious condition called nephrogenic systematic fibrosis, said Welk.

In early April, a literature review published in the Springer journal, BioMetals, called on the FDA to conduct more studies that evaluate the adverse health effects of gadolinium exposure. The authors also called on the scientific community to develop treatments for gadolinium toxicity.

The review stated that blood or urine levels of gadolinium should be measured for patients without kidney diseases who have undergone MR exams with gadolinium-based contrast agents in the past six months.

“This test is available at several labs including the Mayo Clinic,” Moshe Rogosnitzky, lead author of the article, told HCB News. “We should then try to correlate the gadolinium levels with any new symptoms these patients may have developed in recent months.

Despite the safety concerns regarding gadolinium, Welk believes that for the majority of patients, the benefits of MR outweigh the small risks associated with gadolinium.