Researchers call for more evidence on value of prostate HIFU 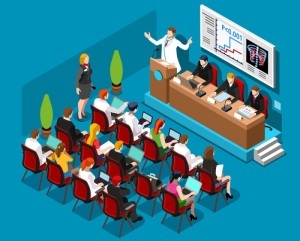 Has the business outpaced the clinical evidence?
While off-label use and advertising of high-intensity focused ultrasound (HIFU) for prostate cancer abounds, there is not clear evidence of the treatment’s long-term effectiveness, researchers say.

In a paper published recently in JAMA, professors from Weill Cornell Medicine in New York City and the David Geffen School of Medicine at UCLA recommended the creation of registries to track data on the use of HIFU to treat prostate cancer, collecting information on long-term outcomes and the safety of the procedure.

In 2015, the U.S. Food and Drug Administration (FDA) approved HIFU for general prostate tissue ablation, but did not recommended approving the treatment specifically for prostate cancer, because of the absence of data on long-term outcomes, said Dr. Jim Hu, a professor of urology and urologic oncology at Weill Cornell Medicine, as well as a urologic oncologist at NewYork-Presbyterian/Weill Cornell Medical Center, and the study’s lead author.

“The reason why I think a registry may be helpful for the industry is because they need to demonstrate efficacy in treating prostate cancer to get that indication from the FDA,” Hu told HCB News. “I think we would want at least two to three years of follow-up data.”

Clinicians specifically need information on the ideal patient and tumor characteristics that lead to good outcomes with HIFU, Hu said.

The JAMA paper included data from a recent study of HIFU done in the UK, which found that only about 54 percent of men achieved preservation of continence and potency, while being absent of clinically significant prostate cancer when they were biopsied six months after treatment. A few men required subsequent procedures to address complications.

Hu noted that men in Europe are diagnosed at later stages than men in the U.S., because of the prevalence of prostate-specific antigen screening here, so that might have skewed the results of the U.K. study.

In the paper, the authors note that there is a learning curve associated with the new technology, and predict that “more complications will occur as surgeons acquire technical expertise.”

Additionally, since the use of HIFU to treat prostate cancer is technically off-label, Medicare and insurance do not cover it, resulting in a $25,000 out-of-pocket cost, the authors noted. They predicted that the costs will likely increase if treatment fails and other therapies are ultimately used.

“It’s a promising technology based on what we have seen before, and certainly there are other kinds of less invasive techniques, so it’s critically important that we assess their value and understand the patient-centered benefits,” Dr. Art Sedrakyan, a professor of health care policy and research at Weill Cornell Medicine and the study’s co-author, told HCB News.

Hu and Sedrakyan will be meeting with partners from the FDA and device manufacturers on July 22 to work toward developing the registry.