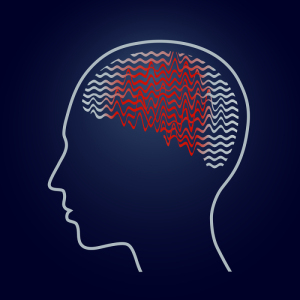 Researchers from the University of Virginia (UVA) are optimistic as they embark on the world's first clinical trial to assess the safety and effectiveness of using focused ultrasound (FUS) to destroy the brain tissue responsible for epileptic seizures.

“It is anticipated that most patients will have seizures due to a hypothalamic hamartoma (HH) which is a benign growth of cells almost right in the middle of the brain,” Dr. Nathan Fountain, principal investigator and professor of neurology at UVA, told HCB News.

“People with HH often have ‘gelastic’ or laughing seizures that are frequent and can lead to progressive memory impairment and behavioral problems so it is a serious condition,” he said.

Up to 15 adult patients will participate in the study where they will undergo an initial screening and then return for the treatment two months later. At one, three, six and 12 months after the treatment, the patients will have a follow-up where the researchers will obtain MR scans, memory testing and blood testing.

“We hope to show that this noninvasive technique will treat the benign growth without causing other problems,” Fountain said. “The growths in this study are a rare cause of seizures, but if this is successful, then we hope that technical advances will allow focused ultrasound to be used to treat the more common causes of seizures.”

For patients who do not respond to medication, they have different options including surgery or laser thermal ablations, though both treatments have risks and complications such as brain damage, infection, or hemorrhage.

Currently, the only noninvasive method is radiosurgery with a gamma knife, and Fountain said that if FUS is safe and effective, it would benefit patients since it is both noninvasive and does not require exposure to radiation, which is required by gamma knife.

He also said that the effects of focused ultrasound should be immediate since it heats the tissue to destroy it while gamma knife has a delayed effect from radiation exposure.

“If we are successful in destroying the lesions without complications, then this will be an important step on the path toward developing focused ultrasound to enable patients to have freedom from seizures without the risks of open surgery,” believes Fountain.