Five things you missed at the FDA refurb workshop 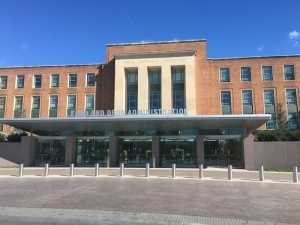 FDA headquarters in Silver Spring, MD
The FDA’s docket workshop last week in Silver Spring, Maryland, brought together hundreds of stakeholders to discuss ambiguities in the definitions of certain terms relating to third-party involvement in the medical equipment industry.

Here are the opposing perspectives in under 100 words:

ISOs and HTMs point to the available statistics that illustrate their high level of success, and say the cost of regulations would put an unnecessary burden on the value they bring to the care system, while simultaneously strengthening OEM control and limiting competition.


That very general overview sums up a lot of the presentations given at the FDA headquarters last week, but a few presenters brought valuable new details into focus. Here are some highlights:

Who says HTMs and ISOs aren't already being regulated?

Multiple stakeholders, including representatives from AdvaMed and MITA, referred to Quality Service Regulations (QSRs) as a viable solution to the lack of scrutiny over third-party providers, and suggested these oversight protocols are scalable and could be customized depending on the company.

But others, like Barbara Maguire, vice president, Quality and Geisinger Clinical Engineering, ISS Solutions, points to CMS and the Joint Commission as entities that already provide adequate quality control on third-party service.

And as for selecting the ISOs that HTMs choose to work with, Maguire said that reviewing qualifications is already part of the job and adding regulations to it would be "redundant."

Jim Nestel, manager of service projects & installations with Hitachi, made the case on behalf of OEMs that not all ISOs have the stringent guidelines described by attendees. He pointed specifically at outpatient clinics, which he said frequently do not incorporate the best practices described by many of the ISOs and HTMs present at the workshop.

This theme of "present company excluded" ran throughout the event when referring to the dangers associated with certain third-parties.
1(current)
2
3