'Trumpcare' likely to both contrast and mirror Obamacare 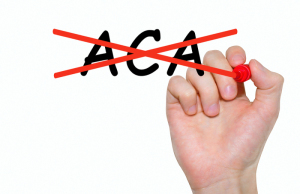 President-elect Trump over the weekend vowed to overhaul health care with his own plan which strives to provide "insurance for everyone."

While his comments in a Washington Post interview suggest Trump might go rogue with a solution, a long time free market policy advocate outlined likely key points in any repeal and replacement of the Affordable Care Act, for HCB News.

"The difference between Obamacare and Trumpcare is simple," said Sally Pipes, President and CEO of Pacific Research Institute (PRI) in San Francisco. "The former depends on expanding the role of the federal government in our health care system through mandates, subsidies, taxes, and controls on insurance companies. The latter embraces a free market that empowers individuals and their doctors."

According to Pipes, she has met with Dr. Tom Price, an orthopedic surgeon and current republican Representative from Georgia who is undergoing his first senate confirmation hearing this week to become head of Health and Human Services (HHS), which oversees Medicare and Medicaid.

Trumpcare, she said, will likely avoid some of the key pitfalls of Obamacare.

"Under Obamacare, insurers and providers are forced to comply with a large number of mandates that drive up the overall costs of health care," said Pipes. "This is forcing the insurers to drop out of (exchanges) altogether or only provide coverage in a few states. In 30 percent of the states, there is only one insurer in an exchange. That's cutting competition in the health care market..."

She asserts that with such a change, insurance companies would have fewer mandates, thereby allowing them to compete for patients by offering plans with lower premiums and better quality care.

Her other points are not unlike reforms instituted under the ACA. These include: more emphasis on value; more spending on information technology; more public/private partnerships; accelerate innovation; greater demand for outpatient health care; and more mergers and acquisitions.

Pipes said that even among those areas of focus that are similar to current health care delivery change efforts under Obamacare, there would be notable differences. For example, health care delivery that moves away from fee-for-service to value — or results — would likely be handled differently.
1(current)
2