Does Texas have a 'freestanding emergency department' problem? 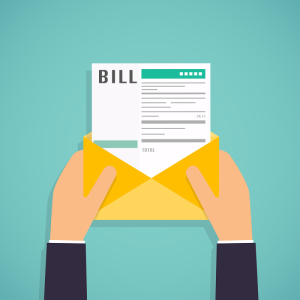 When medical attention suddenly becomes necessary, many regular people may not have any idea what options exist and how the costs of those services compare.

A study of the billing differences between freestanding emergency departments (FSED) and urgent care centers (UCC) — both alternatives to hospital emergency rooms — in Texas found a dramatic disparity between charges.

The total price of a FSED visit averaged $2,199 in 2015 versus $168 for a UCC visit. But in each case, patients were expected to pay roughly one-third out of pocket.

"It’s easy for consumers to confuse an FSED with a UCC, because they both tend to locate in suburban strip malls in Texas," Vivian Ho, Baker Institute Chair in Economics, Rice University and co-author of the study told HCB News. "FSEDs must have the word “Emergency” in their name, and UCCs can’t do that. But consumers don’t know the price difference, until they get a bill in the mail afterwards."

The study, just published online at Annals of Emergency Medicine, found that 15 of the 20 most common diagnoses at FSEDs were similar for UCCs. Average charges at the FSED were 13 times higher than at UCCs. The most common diagnoses, upper respiratory infection, for example, cost $1,351 at an FSED compared to $165 at a UCC.

"We can't prove this [with the study], but there are health care entrepreneurs who realized this was a terrific opportunity," Ho said. "If they locate their facilities in high-income, high-insured areas - and other research shows they do this - they can earn a steady stream of income from people who are worried about crowded waiting rooms in hospital EDs."

Ho maintains that this is a problem for both insurers and consumers. The large overlap in diagnoses seen at FSEDs and UCCs suggests that there are many patients who could be seen at a lower cost at a UCC. Even if the insurer picks up much of the bill for FSED care, she said, the cost will eventually be passed on to policyholders in terms of higher premiums.

"Our findings suggest that careful thought must be applied when one designs insurance plans and policies that cover freestanding emergency departments, so that utilization of new services is delivered in a cost-effective manner," the authors concluded.

The team also included researchers from: Baylor College; University of Texas Health Center at Houston; and Blue Cross and Blue Shield of Texas.