Healthineers may not be listed on U.S. exchange: Siemens CEO 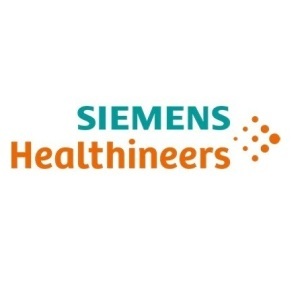 Siemens may not list its Healthineers business in the U.S. “under President Donald Trump” after all, according to its CEO.

Joe Kaeser told the Swiss newspaper Finanz and Wirtschaft that he “will have to think twice” about where to list the health care unit, mentioning Frankfurt and Hong Kong as possibilities, according to Reuters.

Just last month, Kaeser noted that an American listing could take advantage of higher valuations than found in Europe for its $15 billion health care business.

"We don't have a final view on this yet, but we are looking at it very closely," Kaeser told Euro am Sonntag, according to Reuters.

He stressed to the Swiss paper that Siemens plans to hold onto a large equity stake in any Healthineers company. "We will keep the majority," Kaeser said, adding that, “it is one of our most attractive businesses and will be the third pillar alongside renewable energy and the industrial Siemens.”

Despite the turmoil roiling the world markets due to the sudden shifts from Trump Administration policy changes, Kaeser told the paper that he thinks that other nations and economic regions will take up the slack and that global growth will actually surprise to the upside this year. He points to Europe and China as possible engines behind the trend.

No other parts of the industrial giant are being considered for similar spinoff treatment at this moment.

He stated that when considering if a group belongs in the Siemens portfolio, he looks key criteria, including:

--Is it in a growth field?
--Is it profitable enough?
--Is it doing better than the competition?
--Ire there synergies with other Siemens businesses?
--Are big changes in the value chain on the horizon?

Despite Kaeser's apparent concern about a U.S. home for the Healthineers listing, he struck a decidedly more positive note about the administration when he accompanied German Chancellor Angela Merkel to a March 17 White House meeting. At that time he stressed that "I appreciated the opportunity to discuss with President Trump how industry, academia and government can work together to help empower workers with the skills needed for success in today's advanced manufacturing environment, and prepare them well for next generation manufacturing."

He noted that Siemens has 60 manufacturing sites in all 50 states in the U.S. Kaeser pledged to hire and train at least 300 U.S. military veterans per year over next three years to add to the 2,500 already working for the company, and to provide over $2 billion in industry software grants to train students for next-generation manufacturing jobs.

He also emphasized that the recent announcement of the company's $300 million expansion of Siemens' Walpole, Massachusetts, manufacturing and R&D facility, which could lead to an additional 700 permanent new jobs, as an example of the company's commitment to the U.S. marketplace.

“I feel very honored today to be part of an initiative that brings not only the apprenticeship and the training for the current manufacturing into play,” he said at the meeting, but also combines “the present and the future” for both America and for “great” manufacturing.

President Trump spoke about the value of apprenticeship programs.

“The German apprenticeship model is one of the proven programs to developing a highly skilled workforce,” he said, adding that, “Germany has been amazing at this, and I’m glad that the leaders of so many companies represented today have recently launched successful programs right here in the United States. And we need that because we’re training people as the jobs are pouring back in — and they are coming back in, big league.”