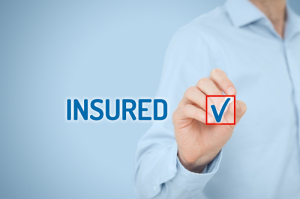 A California Senate study has shown that the proposed single-payer health care plan would cost $400 billion – but a significant amount of that cost could be offset by savings by employers on insurance and existing health costs.

The proposed legislation would end premiums, copayments and deductibles for all. Higher taxes would offset that. “You can bet that opponents will highlight the 15 percent tax, even though there are also big premium savings for employers and individuals,” Levitt pointed out.

Governor Jerry Brown has not yet endorsed the move and the committee hasn't voted on it to date. But State Sen. Ricardo Lara (D-Bell Gardens), one of the legislation's co-sponsors, stressed that the present system for health coverage is unsustainable and out of reach for many. He advised that the payroll tax is “hypothetical” and “we don’t have a financing mechanism yet for this bill,” according to Kaiser Health News.

“Health care spending is growing faster than the overall economy ... yet we do not have better health outcomes and we cover fewer people,” Lara said at Monday’s appropriations hearing, according to the Sacramento Bee. “Given this picture of increasing costs, health care inefficiencies and the uncertainty created by Congress, it is critical that California chart our own path.”

In addition, waivers from the Trump administration would be needed, and there is no indication that they would be forthcoming.

At a hearing over the legislation Monday, many in the community urged looking at Medicare as a model, while many business groups, including the California Chamber of Commerce, and insurers, opposed the idea, saying it could lead to market disruption and rising costs.

“A single-payer system is massively, if not prohibitively expensive,” Nick Louizos, vice president of legislative affairs for the California Association of Health Plans, advised, according to the Bee.
1(current)
2