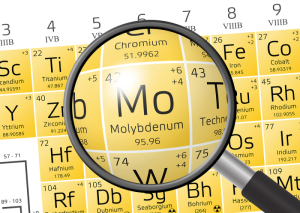 SHINE Medical Technologies has hit a money-raising snag – and now wants to build a prototype of its full-scale radioisotope-producing facility in Janesville, Wisconsin.

This could stall by three-to-six months the goal of commercial Molybdenum-99 production at SHINE's to-be-built $100 million, 57,000 square-foot main plant in Janesville, Wisconsin, until 2020 – most recently scheduled for mid-2019.

Building a prototype “wasn't part of the original plan,” Katrina Pitas, SHINE Vice President, told the news site, adding that, “frankly, the reason we're breaking ground on that facility instead of the manufacturing facility is that we have raised money slower than we'd intended.”

Pitas told The Gazette that SHINE needs to raise more private equity before beginning construction of the full-scale manufacturing plant. Last year the company raised $18 million in private funding and was also awarded $10 million from the DOE as part of a $20 million cooperative agreement.

The smaller facility is expected to demonstrate the appeal of the full-scale production plant to potential investors.

“We'll say, 'We've already produced moly 99. Here's the technology. All we have to do is build eight more accelerators.' Also, at the same time, we're really moving toward production. It's a path that helps us serve multiple purposes, but really, it helps us get closer to [Mo-99] commercialization," Pitas said.

The present plan is to build the 11,500-square-foot prototype on land south of the site slated for the full-scale plant.

If the prototype moves ahead, SHINE could begin its construction and start testing in 2018.

Should the prototype be successful in convincing investors, it will still be useful even after the full plant is built. “I don't think we'll ever sell moly-99 out of that building,” advised Pitas in reference to the prototype, “but we will be operating and testing at it.

The SHINE technology has been in development for a number of years. Its use of particle accelerators instead of nuclear reactors is of particular importance as a number of overseas reactors that make Mo-99 — such as Chalk River in Ontario, Canada — are aging and shutting down.