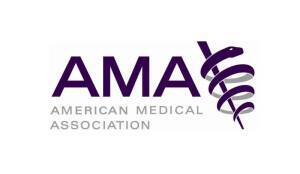 Physician practice ownership has dropped below half in 2016 for the first time, according to a just-released American Medical Association study.

“This marked a decline of around 4 percentage points from 2014 when 50.8 percent of physicians were owners, and of 6 percentage points from 2012,” stated the report. “The percentage of physicians who were employees in their practice increased from 41.8 percent in 2012 to 47.1 percent in 2016. Thus, not only was 2016 the first year in which the owner percentage dipped below 50 percent, it was also the first year when there were an equal number of employees and owners.”

The shift, although important, is not viewed as a negative by the organization.

“Patients benefit when physicians practice in settings they find professionally and personally rewarding, and the AMA strongly supports a physician’s right to practice in the setting of their choice,” AMA President Dr. Andrew W. Gurman told the AMA Wire. “The AMA is committed to helping physicians navigate their practice options, and offers innovative strategies and resources to ensure physicians in all practice sizes and settings can thrive in the changing health environment.”

The data used by the AMA came from its Physician Practice Benchmarks.

Surgical specialties had the highest rate of ownership at 59.3 percent, with radiologists coming in second at 56.3 percent. ER doctors were least likely to own at 27.9 percent and had the highest independent contractor levels at 24.8 percent. Pediatricians were the most employed at 58.3 percent.

Of patient care physicians 55.8 percent were working in physician owned practices in 2016, down from 60.1 percent in 2012. But more of that change took place from 2012 to 2014. The percentage of doctors working for hospitals – 32.8 percent – has held steady since that year.

One of the driving forces was “preference of younger physicians toward employed positions,” which the report said had “a prominent impact.” For doctors under age 40, 65.1 percent were employees in 2016, up from 2012's 51.3 percent. Those aged 40 to 65 also saw a rise, albeit a more modest one.

But not all young doctors are giving up on ownership.

Denver, Colorado, ob-gyn Dr. Brandi Ring, 34, owns her practice. She is among 36.6 percent of female doctors with some ownership participation, according to the study.

“There’s so much more autonomy over your own daily life, which is phenomenal,” Ring told the AMA wire. “Some of the frustrations are the things that we don’t learn as medical students or residents. Figuring out how to run a practice is pretty challenging.”

Despite the challenges faced in the changing landscape of health care, 90 percent of physicians reported they were happy in their career choice, according to a March AMA survey. The study found that administrative burden, stress, and lack of time were among the top three challenges faced by doctors.