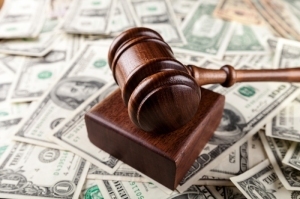 The Massachusetts-based company and three of its three executives will pay the settlement to resolve a lawsuit that alleged that eClinicalWorks (ECW) misrepresented the capabilities of its software, according to a statement by the Justice Department.

“Every day, millions of Americans rely on the accuracy of their electronic health records to record and transmit their vital health information,” said Acting Assistant Attorney General for the Civil Division of the Department of Justice Chad A. Readler. “This resolution is a testament to our deep commitment to public health and our determination to hold accountable those whose conduct results in improper payments by the federal government.”

The company did not admit wrongdoing as part of the agreement. “Today’s settlement recognizes that we have addressed the issues raised, and have taken significant measures to promote compliance and transparency,” Girish Navani, CEO and co-founder of eClinicalWorks, said in a statement. “We are pleased to put this matter behind us and concentrate all of our efforts on our customers and continued innovations to enhance patient care delivery.”

The suit was originally filed in Vermont by Brendan Delaney, a software technician formerly employed by the New York City Division of Health Care Access and Improvement.

Whistleblower Delaney will receive approximately $30 million as his part of the settlement.

"This is a groundbreaking case," said Colette G. Matzzie, a partner at Phillips & Cohen, which represented Delaney. "It is the first time that the government has held an electronic health records vendor accountable for failing to meet federal standards designed to ensure patient safety and quality patient care.

The government had contended that ECW “falsely obtained certification for its EHR software when it concealed from its certifying entity that its software did not comply with the requirements for certification.”

The government cited a number of examples, including: