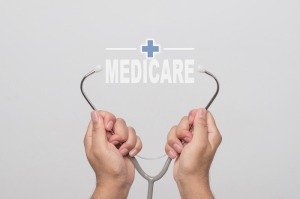 While a national debate around health insurance rages, proposed changes announced this week by Health and Human Services, Center for Medicare and Medicaid Services (CMS) Secretary Tom Price about how doctors get paid have been welcomed by physician groups.

Price, a former orthopedic surgeon and longtime Congressman from Georgia, released proposed changes for 2018 to the Merit-based Incentive Payment System (MIPS) designed to transition physicians from fee-for-service (volume) to value-based compensation (better quality and outcomes). MIPS was part of the Medicare Access and CHIP Reauthorization Act (MACRA), passed by Congress in 2015 with 90 percent bipartisan support.

"The QPP proposed rule for 2018 continues to ramp-up to full implementation of MIPS," John Feore, director of Payment and Delivery Innovation at Avalere, a DC-based health care consulting firm, told HCB News. "CMS has provided clinicians with an additional year to get comfortable with the reporting requirements under the QPP, targeting 2019 (the third performance year) for full MIPS implementation."

According to Feore, the QPP changes will also help smaller and rural providers adapt to MIPS and potentially qualify for bonus payments. By increasing the low-volume threshold common to smaller and rural hospitals, he said the rules change would lower the number of doctors who are subject to MIPS payments to about 37 percent of Medicare billing clinicians.

He also noted that the proposed rule projects that between 180,000-245,000 clinicians will qualify as QPPs for their participation in an APMs. This projection is a substantial increase from the CMS estimate for physicians participating in QPPs in 2017 of 74,920.

These participants will be exempt from MIPS and instead receive a five percent bonus payment. Feore said proposed changes reflect CMS' continued creation of Advanced APM opportunities, as well as providers' growing acceptance of payment models that put them partially at risk to deliver quality and good patient outcomes.

Several doctor groups quickly announced their support for the 2018 rules change. These include the American Medical Association (AMA), the American Academy of Family Physicians and the Physician Advocacy Group.

"In proposing these rules, the Administration has taken another step to make sure the promise of MACRA – where physicians are rewarded for improvement and for delivering high-quality, high-value care – will be fulfilled," said David O. Barbe, president of the AMA. "Patients and physicians will benefit from the new MACRA approach, as flexibility is vital when implementing a wide-ranging reform."

Feore said that the changes are in keeping with Price's long-standing commitment to reducing administrative burden for physicians.

"As HHS secretary, Price will attempt to implement the QPP while providing providers with flexibility to meet the statute's goals," he said. "His unique experience as a physician and a lawmaker will help Price to understand the viewpoint of clinicians (who are) subject to the program he now oversees."